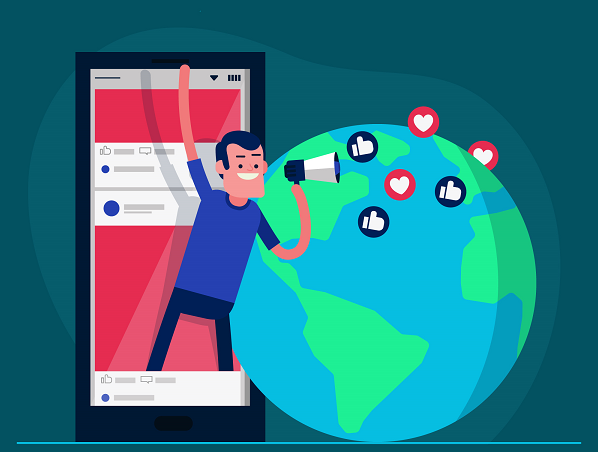 What are Viral Marketing Advantages?

Use this thinking exercise: Which is better?

If you chose option 1 you might want to reconsider that the first option gives you $750,000 at the end of the month, the second gives you over 5 Million Dollars! (You do the math)

Viral marketing is a lot like gossip! It starts with one person and multiplies like wildfire throughout the whole neighborhood. How does this happen? One person tells another person, that person, promising not to tell anyone, tells 5 more. Those 5 people each tell 5 other people, and this process continues until finally, everybody knows the rumor.

The Advantages of Viral Marketing

Likes, shares, and “15-minutes of fame” aside, viral marketing can benefit your brand in a number of ways.

While initially, your campaign may need a little push (perhaps paid promotion on social media). As it begins to get picked up by your audience, they will do the sharing for you, and you can pull back on your advertising expense.
Furthermore, your future initiatives are more likely to naturally reach a larger audience thanks to the brand awareness established during your viral campaign.

Success in business rarely happens quickly. Even the cases that look like overnight successes usually turn out to be a 10-year struggle where the founders hustled through many failed attempts until finally getting it right.
That said, viral marketing is one of very few tactics that has the potential to create explosive growth in very little time.
This is obviously the most appealing advantage to business owners, but it’s also the most difficult one to accomplish.
Fortunately, you don’t need overnight success to be successful with viral marketing. If you can get even steady, consistent growth at a relatively low cost, you’re already ahead of the game.

As inbound marketers, we’ll usually say that you don’t need mainstream media to build awareness, but no one can deny the power and audience it still holds. Viral marketing, when done correctly, gives media outlets a reason to cover your brand without you paying or petitioning for it. The beautiful part about getting mainstream media coverage is that in itself creates virility as smaller media outlets follow the stories pushed by the big names. Just imagine what a feature on NBC or ABC could do for your product.

The simple fact of the matter is usually with recognition, comes trust and acceptance. When your brand “goes viral” and grabs the attention of a new audience, more people are willing to give it a chance.

Although we usually focus on the sales that result from viral marketing, we can’t ignore the fact that going viral has a tremendous impact on lead generation. People always gravitate to trending topics. Everyone might not be ready to purchase from you just yet, but when you attract enough attention, they certainly want to keep you in mind for when they are ready. Realistically, you’re likely to generate more leads than customers from viral marketing if you’re a B2B brand, or you’re a service-based business, but it is well worth the effort.

Myna is a boutique digital agency with offices in Chicago, IL, USA and Vienna, Austria. We support our clients with web design, digital marketing, and software design. Our advantage is our awesome team of creatives, designers, and developers. Each of us has a different expertise, but we’re all problem solvers. As a team, we unite to create an integrated approach designed to help your company soar.